Every year for over a century, millions of young Victorians have been bringing French poetry to life in the antipodes of France. The Berthe Mouchette Competition is a unique and memorable experience for the candidates and it reinforces the vitality of French in Australia. 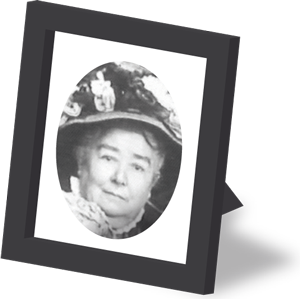 In Victoria, the Berthe Mouchette Competition plays a key role in the promotion of Francophone language and culture, which is the flagship mission of the Alliance Française. Every year between May and November it is experienced by more than 16,000 candidates; by working alongside primary and secondary schools in Victoria which offer French, it aims to reward the best students of the subject. A French examiner comes to the school and candidates from years 3 to 10, aged from around 8 to 16, recite before them a poem proposed by the Alliance. Students of years 11 and 12, about to sit the VCE, are evaluated in two parts: a general conversation, and then one of two choices, either the recitation of a poem or the discussion of a theme studied in class. The older students are also able to sit a written component, which tests comprehension and expression.

Hundreds of poems, learnt for over one hundred years

The stage was set, and from then on, the competition continued to develop. The number of candidates only diminished in the years 1972-74 when the nuclear tests in the Pacific temporarily tarnished relations between France and Australia.

Enrolments in the Alliance Française exams dropped beneath 8,000 candidates in 1974. During the last French nuclear tests in the south Pacific in 1995-96, the disaffection with the competition was less notable, although the students of years 11 and 12 often chose “the tests” as their discussion topic with the examiners.

In 2019, the competition celebrated it's 125th anniversary with the publishing of a book about the competition titled Berthe Mouchette Celebration and included a selection of the most favourite poets and poems across the decades. All participants are awarded a certificate and there are prizes for the best students in every year level.


Today, as yesterday, the Berthe Mouchette Competition doesn’t take place like an ordinary school exam, it requires two months of preparation. The poems selected by the Alliance are recorded in a studio then made available via the website to all participating schools to assist students with perfecting their pronunciation and accents. Taking part in the competition provokes a great deal of nervousness. Reciting a poem off by heart in a foreign language in front of a stranger really puts the students’ confidence to the test. For the examiner, it is often moving to hear the verses of Prévert, Verlaine or Michaux so far from France and in the mouths of these young Australians. “They are often very well rehearsed, but despite our good intentions and our best consideration, some young candidates are very nervous”, tells one examiner. This can create some comical situations: a candidate who says “au revoir” instead of “bonjour”, another who speeds through the recitation, or who forgets the title. But even if the verses sometimes get mixed up, the students’ efforts with pronunciation, intonation and interpretation are always impressive. Some dress up or act out the poem like a theatre role, making up scenes for the sonnets of Rimbaud or Lamartine. They gain confidence and assert their connection with the language. For many, the competition encourages them to pursue their studies in French. The grand final of the Berthe Mouchette Competition brings together about 400 candidates and for all the laureates and their families, the prize giving ceremony at St Kilda Town Hall is an unforgettable moment. If we can still meet today those in Victoria who remember their first Alliance Française poem from thirty years ago, it is because, in the words of Voltaire, “that which touches the heart engraves itself on the memory”.

But who is Berthe Mouchette?


The Berthe Mouchette Competition takes its name from the first president of the Alliance Française in Melbourne. But who is hiding behind this name from a past era? John Drury, a biographer who has done a great amount of research on Berthe Mouchette, says she was “a unique woman with a discreet but audacious nature for her time, and an artist in love with the French language and culture.”

She was a French artist who arrived in Melbourne in 1882 with her husband and her sister, a French professor named Mademoiselle Lion. Berthe was a successful portrait painter and professor of art, and with her sister she bought a school for young girls in St Kilda in 1886. It was there that the first meetings of the Alliance Française were held in 1890.

The sisters, Lion and Mouchette, formed the “Women’s Committee” of the Alliance Française, which brought together women of Melbourne’s bourgeoisie. Good teachers but poor managers, the two women had to close down their school, but by 1892 when Berthe Mouchette, a widow for eight years, moved with her sister from Melbourne to Adelaide, the Alliance Française of Victoria had become a well-established institution. She stayed In Adelaide for thirty years and enjoyed a prosperous period in which she exhibited her works and held an excellent reputation amongst Adelaide’s high society.

For the first years of the twentieth century, the two sisters were in India, taking an interest in theosophy and walking in the Himalayas! But after the death of her sister in Adelaide in 1922, Berthe Mouchette returned to France, where she died in 1928 in Normandy.

Today, we can see one of Berthe Mouchette’s paintings at the National Gallery of Victoria.