Sophie Maurin, a young musician from the Var department, will be here on Tuesday 18 October.

What is your background in a nutshell?

I am a trained architect but I didn’t end up practicing much because I got caught up in music very quickly! I had trained as a classical pianist and I was already performing in concerts throughout my studies. Architecture has given me a wealth of knowledge in disciplines such as photography, anthropology and sociology, which have all fuelled my songwriting. I finally released my first album in May 2013.

I then went on a tour of around a hundred dates throughout France. I also travelled to Asia and South America where I toured the French Alliances and local French Institutes.

I have been living between Paris and Melbourne since last September and I am currently preparing a second album. Most of the work for this album has been done in France since I’ve only spent a bit of time in Australia. I am now finishing the writing phase.

Tell us about your second album?

You could say that my first album was very acoustic, while the second will be a bit more electronic. It’s also very closely linked to geography, because I wrote half of the songs abroad; Colombia, Panama, Vietnam, Laos, China or Japan. The fact that I live between two cities also really inspired me. Distance and change of scenery resonate with me and this is reflected in the titles of my songs, such as "Longitude", "Four Roads" or "Magellan".

I write mainly in French, as I have done for the second album, because I'm very demanding when it comes to my writing. I won’t dare to write in English at the moment, apart from a few bits here and there!


Do you have any influences? If so, what are they?

I am very influenced by classical musicians such as Satie, Debussy and Chopin. I actually reworked a little known work of Satie’s called "Le Picadilly" which sounds like a ragtime! The song became "White Phosphorus" and it’s on my first album. Among contemporary artists I love Paulo Conte, The Beatles and Enio Morricone.

Many writers and poets have given me the inspiration to create songs. I have reworked particular poems by Gherasim Luca and Jacques Prévert and I created "Song without A" in honour of George Perec's novel, "The disappearance", written without the letter E! 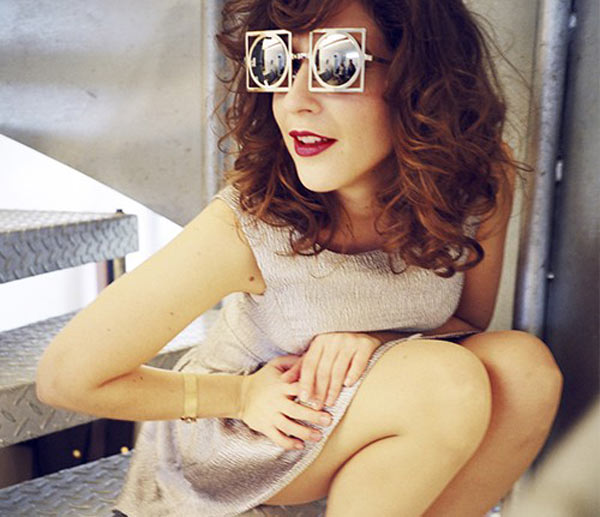 Which artists have you worked with and who would you like to work with?

For my song “Far Away”, partly written in English, I wanted to make a vocal and piano duet with an Anglo-Saxon musician. I approached Jamie Cullum who I thought would be the ideal partner for this duet and he agreed! I then accompanied him for the first part of his concerts in France. He even invited me onstage to play our duet, which I thought was very classy of him.

What should we expect for your first concert in Australia?

For my concert at the Alliance Française de Melbourne, it will be my first solo performance so I'll play the keyboard and computer to create different sounds, in order to find other ways to perform. To simply play piano and sing would be too boring for my taste! I will play songs from the new album but I will also revisit some of my previous songs.

What are some of your other projects or dreams?

Apart from the preparation of my album I work in film and I conduct writing workshops with Parisian schoolchildren. I love this type of work I intend to continue it here too!

I would love to tour Australia - or even Oceania - like what I did for my first album.


Sophie Maurin will be in concert at the Alliance Française de Melbourne on Tuesday 18 October.