In conversation with Isabelle Mangeot-Hewisonfollowed by a Q&A and book signing session of her newest release “I’m Supposed to Protect You From All This”.

For a long time, Nadja Spiegelman believed her mother was a fairy. More than her famous father, Maus creator Art Spiegelman, and even more than most mothers, hers—French-born New Yorker art director Françoise Mouly—exerted a force over reality that was both dazzling and daunting. As Nadja’s body changed and “began to whisper to the adults around me in a language I did not understand,” their relationship grew tense. Unwittingly, they were replaying a drama from her mother’s past, a drama Nadja sensed but had never been told. Then, after college, her mother suddenly opened up to her. Françoise recounted her turbulent adolescence caught between a volatile mother and a playboy father, one of the first plastic surgeons in France. The weight of the difficult stories she told her daughter shifted the balance between them.

It had taken an ocean to allow Françoise the distance to become her own person. At about the same age, Nadja made the journey in reverse, moving to Paris determined to get to know the woman her mother had fled.  Her grandmother’s memories contradicted her mother’s at nearly every turn, but beneath them lay a difficult history of her own. Nadja emerged with a deeper understanding of how each generation reshapes the past in order to forge ahead, their narratives both weapon and defense, eternally in conflict. Every reader will recognize herself and her family in this gorgeous and heartbreaking memoir, which helps us to see why sometimes those who love us best hurt us most.

Nadja Spiegelman is the daughter of Françoise Mouly, French-born art director of The New Yorker, and Art Spiegelman, author of the graphic novel Maus.

Nadja Spiegelman has written three graphic novels for children. She grew up in New York City and now divides her time between Paris and Brooklyn.

Nadja will also participate in the Sydney Writers Festival this year and is a guest of the Melbourne Jewish Book Week.

French by birth, culture and family, Isabelle Mangeot-Hewison lived in Paris until she moved to Melbourne with her husband and first two children in 1993. She is Head of Languages at St Michael’s Grammar School, where she has taught French since 1998. French, Australian, daughter, grand-daughter, mother, passionate about language and literature, often at the crossroads of two cultures, she relates to Nadja Spiegelman’s “I’m supposed to protect you from all this” in many ways.

FAQs & info regarding our response to the current COVID-19 situation.

Supporting your French learning from home 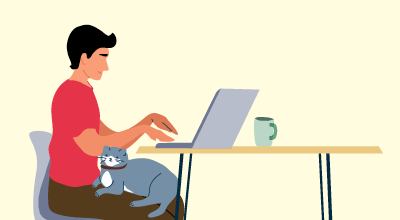 ☎ Our phone lines are open:
Monday to Friday from 10am to 2pm

☎ Our phone lines are open:
Monday to Friday from 10am to 2pm