To commemorate the 50-year anniversary of one of the most significant events in contemporary France, this winter the Alliance Française de Melbourne is welcoming an exhibition of photos of May ’68 taken by Philippe Gras. François Nicoullaud, ex-diplomat and good friend of the late photographer, tells us more about how the exhibition came together and recalls his own memories of this tumultuous period.

To start, tell us how you met Philippe Gras?

During military service, in 1961. We had done our basic training together, in difficult conditions, on a frozen plateau. The conscripts formed a motley crew, and it was here that we became good friends through a mutual appreciation for jazz. We remained friends ever since, even though I mostly lived abroad afterwards. He passed away suddenly at the age of 60 and I stayed in touch with his wife. It was her who had the idea to create the association Les Amis de Philippe Gras (Friends of Philippe Gras) to recognise his work.

What kind of photographer was he?

One of the best of his generation in my opinion. He was particularly well known for his photography of jazz or theatre. He also worked on Bob Wilson’s opera, Einstein on the Beach. His greatest flaw, fundamentally, was not knowing how to sell himself. He went practically unknown for years. Naturally, the association – of which I am president – aims to do him justice. We first organised a posthumous exhibition at the Cité de la Musique [with images of Ray Charles, Thelonious Monk, Charles Mingus, Albert Ayler, Don Cherry among others, ed.], then a series of other events. Philippe Gras was very interested in film posters from the 60s (those that were painted by hand) or simply people in the street. 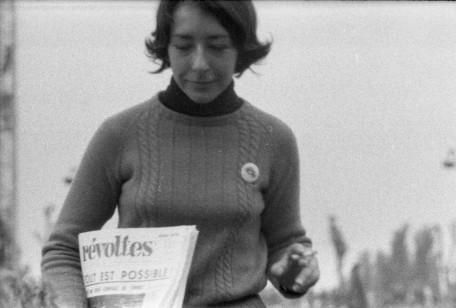 How did you get to May ’68, a period that was already so highly photographed?

I must admit I was sceptical at the beginning. But when I saw the photos, I realised that they were different and that they were worth putting on an exhibition for. With the Friends [of Philippe Gras] we chose 43 of them. We presented them at the town hall in the 13th arrondissement in Paris, and then in the network of Instituts Français in various countries. Philippe’s widow has travelled a lot, but Australia is still very far. 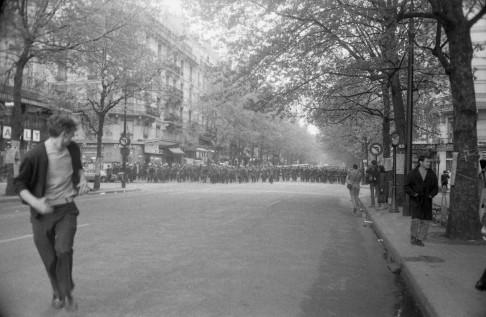 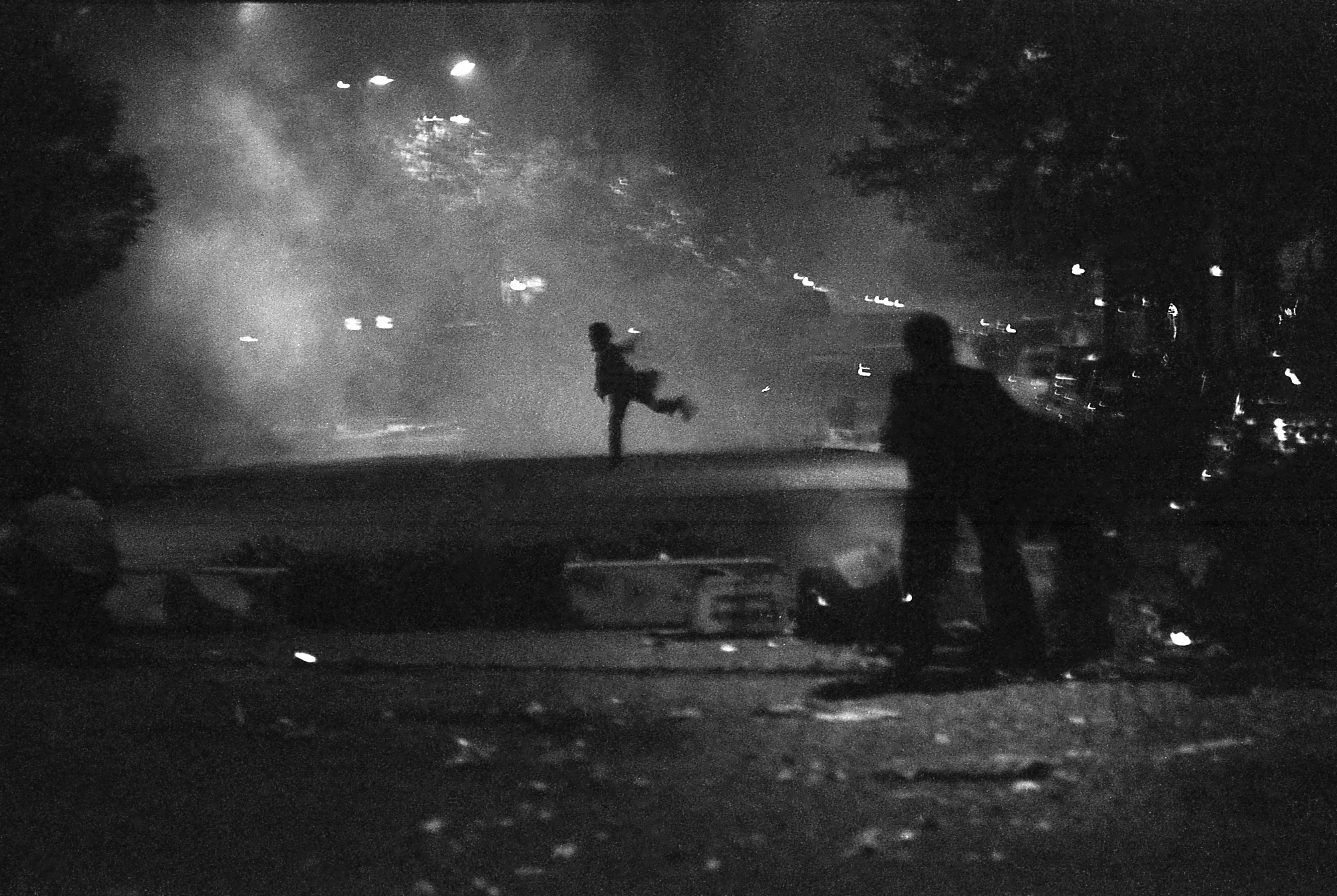 Tell us about the selection: what can we expect to see here in Melbourne?

We deliberately ruled out everything that had already been seen, that is to say, the big urban scenes, the big protests. We focused on the “stolen photos”, the optimistic images: a wounded protestor being treated, another one sleeping, a member of the riot police waiting for a snack… These photos are outside of the paroxysmal moments of May ’68, apart from a couple that were taken at night and that are very beautiful. You can also see a particularly violent scene that took place at the Odéon [theatre] in which Madeleine Renaud is looking very humble in front of the crowd even though she was a very famous actress. There are also photos of graffiti taken in the metro. It was the era of appropriating slogans.

What memories do you personally have of this period?

Well, can you believe I was actually living in New York in May ’68. And at this time, there were huge protests against the Vietnam war; the University of Colombia was itself on strike. At the time, we didn’t have television and news would arrive via telegram. So I actually thought that the French were imitating what was happening in the United States – which was of course false. The scale of May ’68 was exceptional, because one must remember that all of France was on strike. This had never happened and impressed the rest of the world. The French state found itself in an extremely fragile situation. I’ll take this opportunity to recommend seeing the film by Dominique Beaux which will be screened at the Alliance Française [it goes for 3 hours so will be screened in two parts, ed.]. It shows May ’68 from the viewpoint of the defenders of the law and offers a very interesting counter argument.


Was the 50th anniversary of the events well commemorated in your opinion? In France, we witnessed a bit of hesitation. May ’68 was in fact a difficult time for a lot of French people who were in favour of maintaining order and control. It is a bad memory for a lot of them. Remember that Nicolas Sarkozy himself wanted to erase the ‘heritage’ of May ’68. Macron announced that there would be some celebrations, but in the end, they were somewhat underwhelming with only a few symposiums and exhibitions. Fundamentally, it is never easy to commemorate a controversial event. Interview conducted by Valentine Sabouraud Translated by Ilaria O’Brien