September in France is synonymous with new beginnings following the end of the summer holidays. Thus begins “la rentrée scolaire”, the start of the French school year, as well as “la rentrée littéraire”, the debut of the literary season for authors and their readers. This time every year, shelves in bookstores are crammed with new novels published in mid-August. Accompanying this is a sense of fierce competition for the highly coveted literary prizes on offer. For a two-month period, juries from a range of literary institutions read all the new novels before announcing their winners in November. Although the prize winners do not receive a golden statuette, even for the most prestigious of the awards, they can expect guaranteed fame. Prize-winning books are more widely advertised and better displayed in bookshops with an added red banner on their cover, detailing the prize won in large letters.

We are told time and time again not to judge a book by its cover but this addition greatly influences sales; novels that have won awards do sell more copies. A recent study conducted by the the GfK Institute (Germany’s largest market research body) shows that each year between 2011 and 2015 “Goncourt” and “Goncourt des lycéens” winning novels sold an average of 345, 500 and 394, 000 copies respectively. The book that wins the Renaudot prize can expect sales in excess of 251, 500 – that is, 21, 000 more copies than the novel awarded the Académie française’s “Grand prix du roman”.

For the week following the announcement of the “Femina” and “Medicis” prizes, sales for the winning novels increase eight-fold.

Facts about the most famous and influential French literary prizes

This highly sought-after literary prize was created in 1896 by the French naturalist writer, Edmond de Goncourt. The Goncourt Literary Society (La Société littéraire des Goncourt) was officially created in 1902 and the first prize was awarded a year later, on December 21st. This France’s oldest, most prestigious and recognised prize and is awarded to the best work of fiction published within the year by a francophone author. Every year since 1920, the ten elected members of the Goncourt Literary Society gather every first Tuesday of November in a room of the Parisian restaurant Drouant. Bernard Pivot has been the president of this literary society since 2014.

With the blessing of the Goncourt Literary Society, the Ministry of Education and FNAC (a specialty chain selling products such as books, films and music) created the Prix Goncourt des lycéens in 1988. Every year, 52 classes of high school students - roughly 2000 students aged 15-18 – read the twelve novels selected by the Goncourt Literary Society. The prize ceremony takes place in Rennes in early November.

The « Grand prix du roman de l’Académie française » was established in 1914. It is the most prestigious prize awarded by this institution, selected by a jury composed of twelve members of the French Academy.

Established in 1926, this prize is named after the pioneer of the French written press and Louis XIII of France’s personal doctor, Théophraste Renaudot. Its jury is composed of ten members who are journalists and literary critics. Like the Goncourt jury, they announce the prize winner on the first Tuesday of November at the Drouant restaurant.

The Prix La Vie heureuse was created in 1904 and renamed Prix Femina in 1919. It functions as a feminist reaction against the Prix Goncourt, which was awarded for the first time only a year earlier, in 1903. The Prix Femina jury is all-female and gathers the first Wednesday of November in the Hôtel Crillon to announce the title of the winning novel. Since its creation, the Prix Femina has been awarded every year except in times of war. It has been awarded 105 times and mainly to male authors (66 male and 39 female novelists).

The “Prix Medicis” is the youngest of the autumn literary prizes. It was created on April 1st, 1958 by the literary patron Gala Barbisan and the writer Jean-Pierre Giraudoux, son of the French author and diplomat Jean Giraudoux. Just like the Prix Femina, the Prix Médicis was created as a reaction to the conformist selections made by the other literary juries. For a long time, it was awarded on the same day and in the same place as the Prix Femina. It is now awarded every first Friday of November in a restaurant called La Méditerranée, located on the Place de l’Odéon. This prize aims to award a first novel or authors who have not yet received the recognition they deserve. 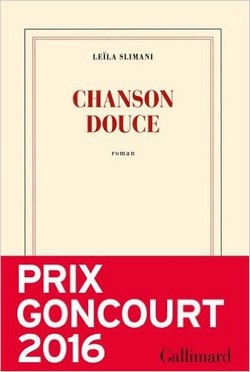 Myriam has two young children but decides to start working again as a lawyer. Although this does not please her husband, they start looking for a nanny. After several interviews, they decide to hire Louise who quickly becomes appreciated by the children. However, this story will not end well…

Leïla Slimani is a French-Moroccan novelist and journalist. She published her first novel in 2014. Titled Dans le jardin de l’ogre, it was applauded by litterary critics and led her to be a Prix de Flore finalist. Two years later, her second novel, Chanson douce, earned her the most prestigious French literary prize.

In 1992, Gabriel is only 10 years old and lives in Burundi with his French father, his Rwandan mother and his little sister Ana. Gabriel spends all his time with his friends and has a nice childhood until civil war arises in his country.

Gaël Faye is a French-Rwandan singer-songwriter and novelist. Born in Burundi in 1982, his family moved to France when he was 13. Greatly influenced by Creole literature and hip hop culture, Gaël released his first album in 2010, with his band named Milk Coffee & Sugar. Pili Pili sur un Croissant au Beurre released in 2013, was his first solo album. Petit pays is his first novel. 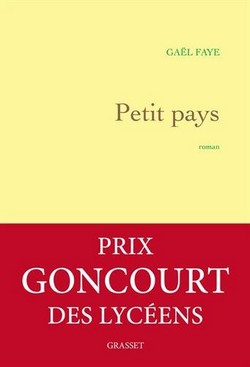 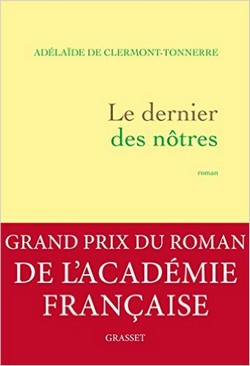 In her novel, Adélaïde de Clermont-Tonnerre tells stories of different eras and areas. From Austria to LA, stopping by Poland and NY, we find out more about two brothers who hate each other, two women with a strong friendship, two lovers with an ill-fated story.

Le dernier des nôtres is Adélaïde de Clermont-Tonnerre’s second novel. She is a French journalist and novelist and is descended from the princess Isabelle d’Orléans. She took the path of journalism after literary studies and a brief career in finance. She currently is the managing editor of the magazine Point de vue, a tabloid focusing on the lives of royal families.

The narrator, 60-year-old Élisabeth, organizes a little gathering, inviting friends and neighbours to celebrate spring in her flat located in a Parisian suburb. However, this party will end up badly, that is to say, in blood.

Yasmina Reza is a novelist, playwright and scriptwriter. Her works have been translated in over 35 languages and have earned her several prizes, both in France and abroad. In 2000, she was awarded the Grand prix du théâtre de l’Académie française for the whole body of plays she wrote. She received the Prix littéraire du Monde and the Prix Marie Claire du roman féminin in 2013 for her second novel, titled Heureux les heureux. 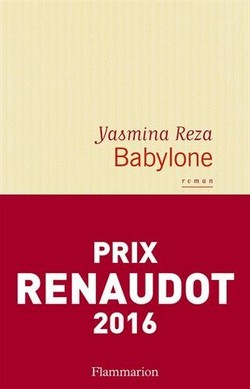 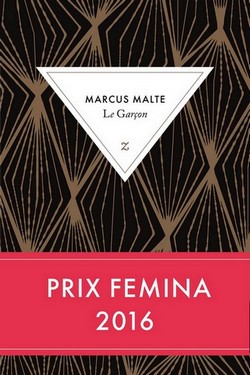 It is the story of a boy without a name and who does not speak. He is a wild child, born in the South of France, who knows nothing of the world but his mother and what surrounds their cabin. In 1908, he decides to leave home. On his journey, he will discover the world, war and men’s folly.

Marcus Malte, whose real name is Marc Matiani, is a French author well-known for his crime novels and children’s stories. In 2008, he was awarded the Grand prix des lectrices de ELLE for his crime novel titled Garden of Love. Four years later, his novel Les Harmoniques earned him the Prix Mystère de la critique. With this new 2016 litterary prize, awarded by an all-female jury, it is safe to say that Marcus Malte knows how to talk to women!

To write this novel, the author did a lot of research on a French crime story: the murder of Laëtitia Perrais, kidnapped and killed in January 2011. In order to reconstitute the story of the 18-year-old, Yvan Jablonka spent two years meeting all the people linked to this investigation.

Ivan Jablonka is a French writer and historian. He has written numerous history books and Laëtitia ou la fin des hommes is his first novel. 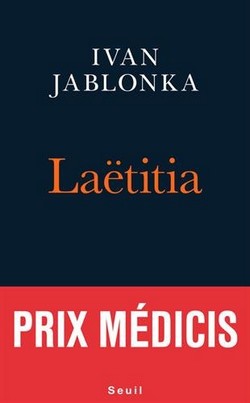