THE ART OF Isabelle Huppert


Against all expectation, Isabelle Huppert has won the 2017 Golden Globe for the Best Actress, snatching the prize from right under the noses of four English-speaking actresses, three of whom are major Hollywood stars and all at least 25 years her junior.

Huppert, who celebrates her 64th birthday in March this year, has never made as many films as she is making today - and this is to say nothing of the prolific theatre career that she leads simultaneously in Paris, London, New York and Sydney.  With a wealth of experience as an international icon of Arthouse films she “dominated” the world of cinema in 2016, according to US Guardian’s Arts Editor Benjamin Lee. An inspiration for an entire generation of actors and directors, Nicole Kidman, Julianne Moore, Jessica Chastain and even Naomi Watts confess their admiration for Huppert, whose filmography showcases the most audacious films produced in the last four decades. It’s worth asking how it is that an actress known for her large repertoire of unsympathetic characters could enjoy such a positive reputation, popular with audiences and cinema professionals alike. Here we take a look at a staggering career that has spanned 46 years, 134 films, 24 theatre productions, all the while earning 41 prizes. 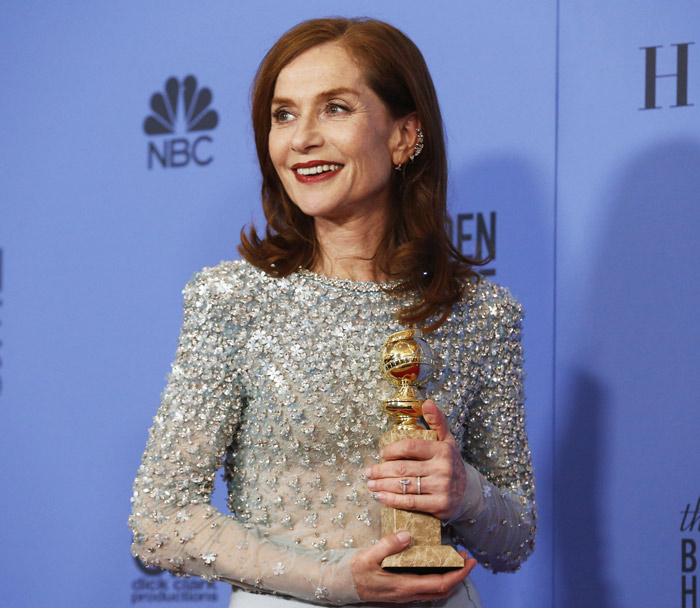 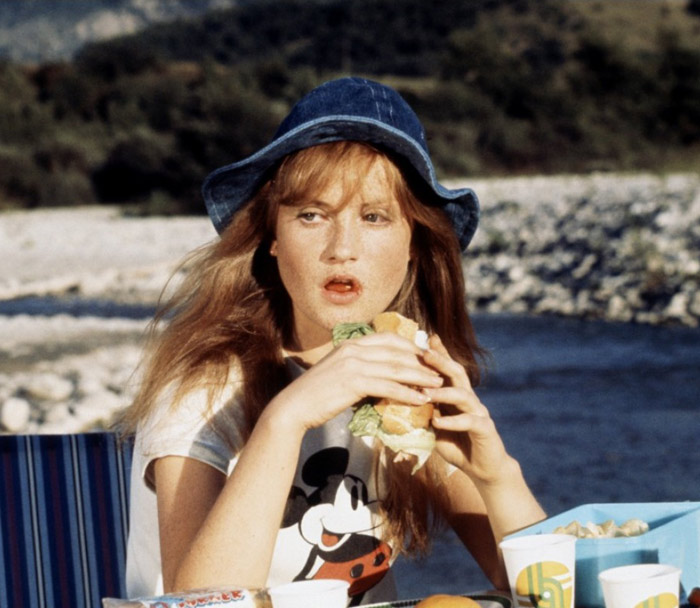 In the early 70’s, Huppert’s first steps into film were small yet significant. Between 1972 and 1976, five films gave this young acting graduate the opportunity to make her mark in supporting roles as sweet, tormented teenagers. Five films whose box office results would prove to be the most impressive of her career and three of which are now considered to be classics of French cinema. These roles included that of Romy Schneider’s much younger sister in Claude Sautet’s César and Rosalie (1972) and as the 16-year-old camper that loses her virginity in a memorable threesome in Bertrand Blier’s 1974 film Going Places*. In 1975, her still teenage character was raped and murdered in Yves Boisset’s The Common Man (Dupont Lajoie), whose title entered into common parlance for its portrayal of middle-class, boastful, cowardly racists, lacking in both a guilty conscience and remorse; exaggerated stereotypes henceforth known as “Dupont Lajoie” all over France. In 1976 she appeared as a young socialist activist in The Judge and the Assassin, directed by Bertrand Tavernier and played the daughter of Annie Girardot in Jean-Louis Bertuccelli’s Just a Woman. It is hardly unsurprising that the performances of this promising, young newcomer were eclipsed by those of her more famous co-stars - duos such as Romy Schneider and Yves Montand in César and Rosalie, whose performances revived the careers of both actors; Philippe Noiret and Michel Galabru’s remarkable, versatile performances in The Judge and the Assassin; Jean Carmet and Jean-Pierre Marielle in The Common Man who perfectly embody the remorseless French bogan; the trio consisting of Gérard Dépardieu, Patrick Dewaere and Miou Miou whose success in Going Places catapulted them to stardom; and Annie Girardot in Just a Woman, who commanded a certain finesse that was to become her trademark for the following 10 years.

It wasn’t until 1977 that Huppert became a household name. In Claude Goretta’s The Lacemaker, the world discovered the cute, freckled redhead whose acting style had never been seen before. Playing an introverted, unassuming factory worker, the heartbreak of her first love leads her to a spectacular breakdown. Despite being a low budget film, The Lacemaker was a box office success and won a prize at Cannes. The following year, over in the UK Huppert won the BAFTA for the best female newcomer for her performance. A star was born on the continent, and the USA was not far away.

It would, however, take her three years to make it across the Atlantic. In the meantime, she starred in two major French films, Godard’s Every Man for Himself (1980) and Maurice Pialat’s Loulou (1980), as well as the cult American film Heaven’s Gate (1980) by director Michael Cimino. Known for The Deer Hunter, Cimino was an enfant terrible of what was known as the New Hollywood** movement. Running for over three hours, Heaven’s Gate is an iconoclastic vision of the birth of America. Against the advice of his producers, Cimino cast Huppert in a central role as Ella, the manager of a brothel and the object of the affections of the two male protagonists, who would later come to blows over her. Considered today as a triumph of the Seventh Art, Heaven’s Gate was also one of the largest financial disasters in cinema’s history. Costing more than 40 million dollars it failed to claw back even two million at the box office and ruined the production company United Artists, Cimino’s career as well as that of Kris Kristofferson, the film’s star. A cursed film, lambasted by critics and shunned by audiences, the release of Heaven’s Gate condemned the Western to 10 years in purgatory and announced the definitive end of New Hollywood. 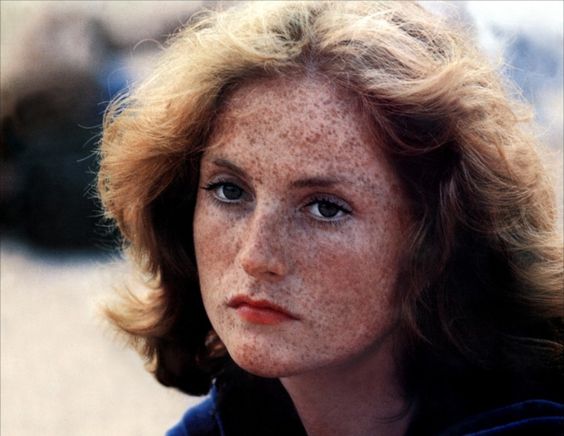 At this point, Huppert was only 27 years old. Having an attitude similar to her forerunners in the French New Wave, she was somewhat immune to the logic of the US Studio Giants and Hollywood didn’t hold any particular interest for her personally. The US catastrophe that was Heaven’s Gate failed to have any real resonance on the Continent and important European directors had already begun to seek her out.

So much so that her next films would allow her to explore a genre that would soon become her trademark and in which she would be able to display the extent of her talent. From here on out, Huppert was to excel in an array of incarnations of monstrous, unfeeling women which, somewhat ironically, would pave her way to comeback in American independent cinema.

Even stranger still, these roles would never have a negative impact on her public image. This is because Huppert’s performances never lapse into hysteria. In her work she maintains an impenetrable, exterior, breathing incredible complexity into her characters and in doing so she maintains a distance between her characters and a perceptive audience. Amongst her filmography we find three films emblematic of this singular acting style: 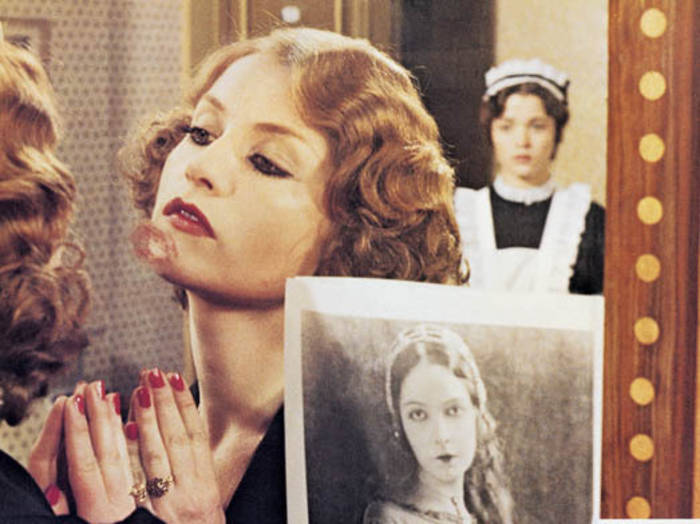 In 1978, Violette marked the beginning of a long fruitful collaboration between Huppert and the director Claude Chabrol. Reminiscent of the infamous parricide plastered all over the media in the 1930s - an object of fascination to surrealists - this film tells the story of a manipulative teenager who murders her parents to free herself from her family. Huppert excels in the role of the fausse ingénue who lies, cheats and flouts the morals of her time with disconcerting aplomb, completely devoid of scruple. For her performance in this film, Huppert won a prize for best actress at Cannes. Six further collaborations with Chabrol followed, including Story of Women (1988) and La Cérémonie (1995) where she portrayed an extraverted, manipulative and vindictive postal worker pushed to the brink of murderous insanity. A somewhat unique performance amongst her filmography, she won her first César and the Volpi Cup for best actress at the 1995 Venice Film Festival for her role in La Cérémonie.

Huppert walked away with a second Best Actress award at Cannes for her performance in Michael’s Haneke’s The Piano Teacher (2001). In the role of the eponymous, austere and utterly merciless piano teacher she pulls off a disconcertingly virtuous performance that spans a vast range of emotions going so far to include masochism and instances of self-mutilation. Her enigmatic expression has never been so unsettling – even destabilising – as it is in this film, alternating between defiance, subjection and cruel lucidity.  The Piano Teacher was a bolt from the blue in the world of film, leading to a renewed interest for the actress on the international stage, bringing its Austrian director with it into the limelight. A creative partnership was born: with Huppert as the President of the Jury in Cannes that year, Haneke won the Palme D’or in 2009 for The White Ribbon. The pair has made three other films together, including the highly anticipated Happy End (2017) that comes out later this year. 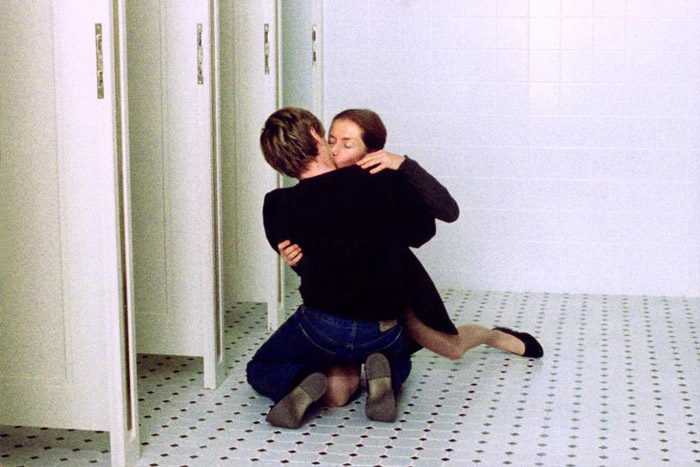 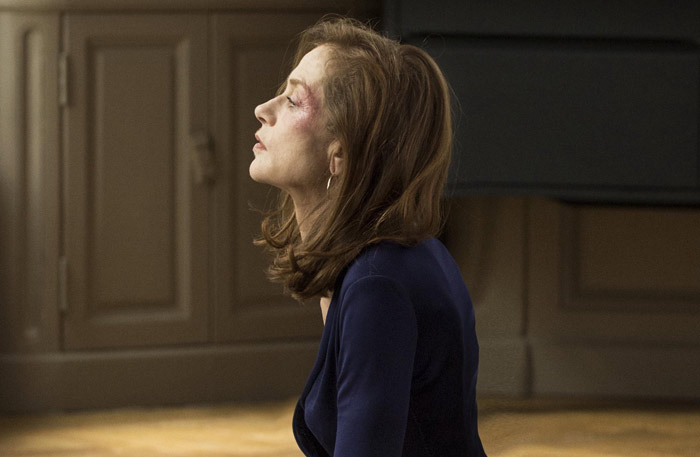 In her performance in Paul Verhoeven’s Elle (2016), we see the same sort of dangerous female portrayed by Sharon Stone in Basic Instinct (1992) and Renée Soutendijk in The Fourth Man (1983). Where Verhoeven’s earlier films were completely unambiguous in their portrayal of their predatory heroines, the line between the universal values of good and bad is much more nuanced in Elle. As Louis Guichard notes in his review in the French entertainment magazine Télérama : “Isabelle Huppert takes her part to the heights of ambiguity, amoralism, solitude and strength. Her performance is so complete that in it we see glimpses of her previous characters: the strong woman, telephone glued to her ear in Comedy of Power (Claude Chabrol, 2006); the nasty cripple in Abuse of Weakness (Catherine Breillat, 2013); The Piano Teacher’s sexual neurotic; not to mention the practical heroine devoid of all scruple in Violette Nozière. This is a mind-boggling procession of all levels of the actress’ talent.” That is, the very essence of the art of Isabelle Huppert.

Huppert is one of the most gifted players in contemporary cinema. With no less than five films to be released in 2017, she continues to be one of the most sought after actors in the world. Nominated for an Oscar for Best Actress, let us hope that she is able to join the exclusive club of French stars that have won the coveted prize: Claudette Colbert, Simone Signoret, Juliette Binoche and Marion Cotillard. It is already a significant enough achievement for a non-English speaking actor to win an Oscar but for Huppert, whose filmography encompasses a vast array of roles utterly alien to the Hollywood norm, this would be a difficult feat indeed - but by no means an impossibility for one so talented. Two of Isabelle Huppert’s most recent films will be screening at the 28th Alliance Française French Film Festival (March 8-30, 2017). In Bavo Defurne’s nostalgic comedy “Souvenir” (2016), Huppert is a former Eurovision star, helped out by a fan who becomes her manager and lover. In “Things to Come” (2016), a dramatic comedy from Mia Hanson-Love, she plays a fulfilled, middle-aged woman whose live takes a sudden turn for the worse. 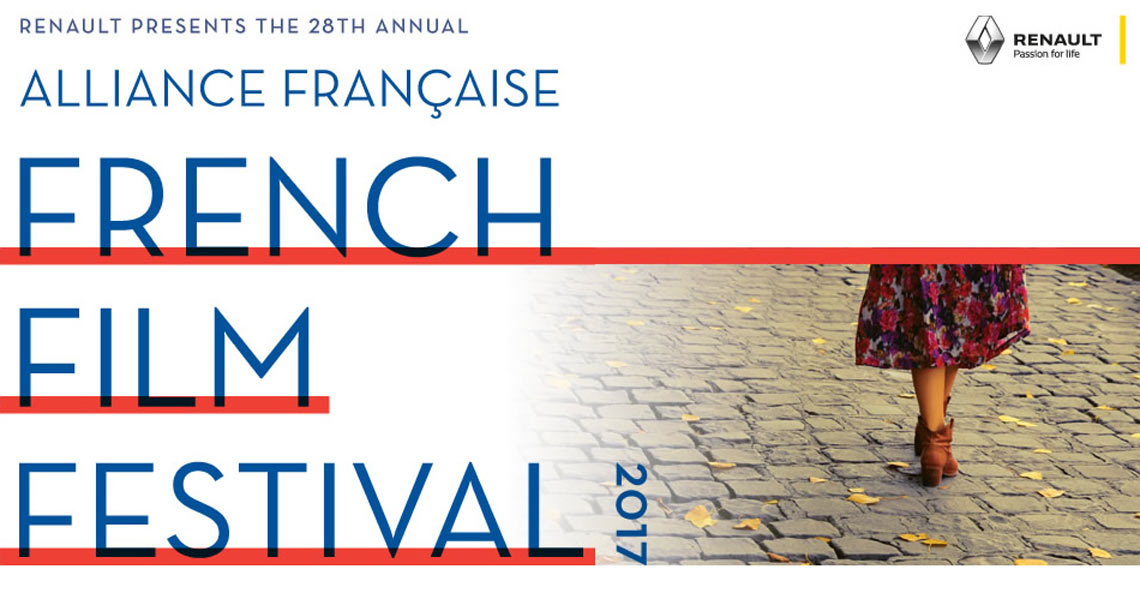 For the chance to discover or rediscover Huppert in some of her more famous roles, the Melbourne Cinémathèque is screening the dedicated retrospective: “Playing with Contradiction: The Indomitable Isabelle Huppert”.  Running from March 1-15, this program features “Loulou” (Pialat, 1980), “White Material” (Denis, 2009), “The Lacemaker” (Goretta, 1977), “Story of Women” (Chabrol, 1988), “Every Man for Himself” (Godard, 1980) and “The Piano Teacher” (Haneke, 2001).

*Going Places is known in France as Les Valseuses, French slang which translates roughly as ‘balls’ or testicles.
**New Hollywood refers to an American film movement that revolutionised the way in which films were produced in Hollywood from the 1960s-1980s. Influenced heavily by Italian Neorealism, these films are characterised by an increased autonomy and control on the part of the director working within the Studio System. Most of these films are considered cult classics, and address themes that were considered taboo up until this time such as violence, sexuality, the corruption of political power, and the massacre of American Indians. New Hollywood revived classical American genres (i.e. Westerns, Film Noir), “deconstructing” the genre conventions that constrained them. Francis Ford Coppola, Martin Scorsese, Brian de Palma, Michael Cimino, and Dennis Hopper were all leading players in this movement.