From the 18th of July to the 15th of August, the Alliance Française de Melbourne will be welcoming an exquisite exhibition on the ‘Flora of the Parisian basin’… a mysterious title hiding scientific and cultural intrigue. Its researcher, French botanist Guillaume Tcherkez tells us more about the upcoming exhibition.

In 2012, the young professor at Paris-Sud proposed an original idea for an event as part of ‘La Fête de la Science’ (France’s national science festival). Having had the opportunity to visit Australia a number of times, thanks to his connection with professor Graham Farquhar from the ANU (Australian National University in Canberra), he had the idea to organise an exhibition on Australian flora. He would present a number of photos, but also detailed descriptions, notably on how certain plants were used by indigenous people. “I contacted the cultural attaché at the time and was lucky that she was interested in the project.” The opening night of this exhibition was therefore attended by dignitaries including the Ambassador of France to Australia. 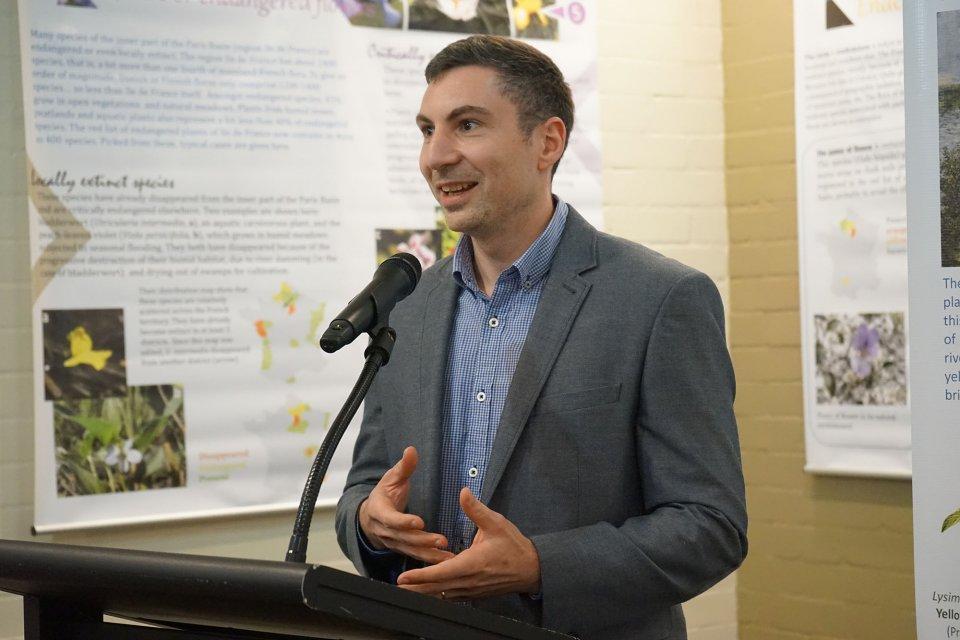 Having resided in Canberra since 2015, where he is now affiliated with the ANU, Guillaume Tcherkez was quick to propose the same exhibition but “in reverse”, that is: focusing on French plants found in the Parisian basin. Is there distinctive flora in this region? “The region is not particularly known for its variety of plants, it resembles the flora found in low-altitude areas that we can find elsewhere. However, it is home to particular environments with some endemic species.” In the Roche-Guyon, you can admire whole fields of wild orchids; in the peat bogs, whose soil is poor and soaked with water you can find carnivorous plants, who knew? And on the border of Ardennes, you can find the aster amelle which look like little daisies with purple petals. And let’s not forget the violets… known also as ‘la pensée de Rouen’ (Pansy of Rouen’) which is on the red list of endangered plants.

The exhibition, which has already been presented in Canberra with the support of the French Embassy, is organised into a number of themes to simplify the visit. What’s more, it manages also to tie in the scientific-botanic aspect with its cultural associations. Visitors will be able to see reproductions of some of the most well-known impressionist painters and dive into the incredible history of the Versailles gardens.

The researcher will naturally be present at the opening night of the exhibition, but he will also be making the most of his visit to Melbourne by giving a conference on a topic of equal interest. As a special guest of the Bastille Day French Festival, he will be speaking about Eucalyptus and of the particular role France has played in its history. “It was actually Charles Louis L’Héritier de Brutelle who beat his English botanist colleagues in being the first to describe this Australian tree”. In this conference, you will go on a historical journey through the age of exploration. He will speak about Mediterranean voyages, hybridisation and diplomacy. A detailed and informative conference which will interest everyone from botanical enthusiasts to those with an interest in  international relations. 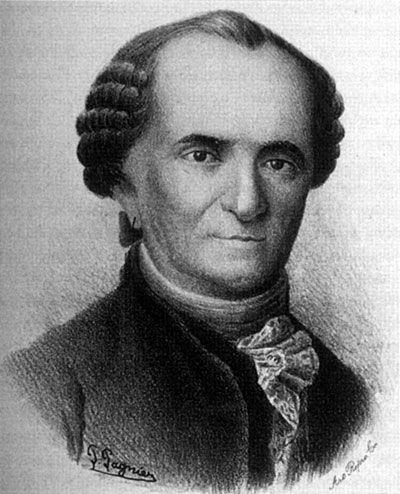 
Afterwards, Guillaume Tcherkez will return to his topic of study looking at the respiratory metabolism of plants using isotopic tools. He will continue to teach, despite the dwindling interest of French and Australian students for the “natural sciences” as they used to be called. Thankfully, the botanical excursions he organises often pique the interest of children, curious to learn the names of plants and trees. All is not lost!


Exhibition: Flora of the Paris Basin, 18 July – 15 August at the Alliance Française