Cannes vs. Hollywood: a tale of beauty and beast


The Cannes Film Festival this year celebrates its 70th anniversary. The festival has played a crucial role in representing independent film in an industry where Hollywood hegemony has existed since the beginning, yet ironically, Hollywood has helped its cause…

If Jean Cocteau were to know that Walt Disney’s most recent remake of The Beauty and the Beast just clocked $1 billion at the box office, he’d likely turn in his grave. It was he who originally brought the French fairy tale of La Belle et La Bete to the big screen back in 1946, when he entered it into the first ever Cannes Film Festival. The fact that Walt Disney himself was also present at this festival entering his Donald Duck animated short Wet Paint, is particularly telling. Hollywood and festival films are often thought of as aesthetic and cultural opposites, yet ironically it is by virtue of their relationship that the Cannes Film Festival has been able to successfully represent independent, auteur and foreign language films for the past 70 years.

Josette Day presents the Film "Beauty and the Beast" directed by Jean Cocteau at the First Cannes Film Festival, in 1946 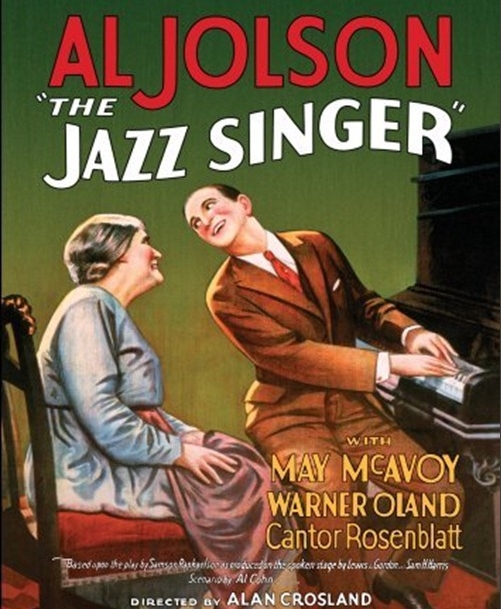 The Jazz Singer was the first all-talking movie, released in 1927


Around 1904-1905 cinemas transitioned from travelling shows exhibiting films in different cities and fairs, to permanent movie theatres that would offer a regular supply of films to local audiences. It was here that film distribution was born. American companies were quick off the mark, seizing control over the production, distribution and exhibition of their films and creating what we know today as the major Hollywood studios. Some European companies also attempted to monopolise the market within their own nations but few were successful, and so the Hollywood product boomed. The First World War only strengthened this situation with American companies being able to take advantage of Europe’s severely weakened position by moving into the South American, Australasian and Oriental markets where Europe had previously gained much of its revenue.

Then the talkies happened. Before the 1930s, films were circulating into different language markets simply by translating the intertitles into their different language versions. When the conversion from silent to sound film came about in the early 1930s, European filmmakers were suddenly having to deal with ‘the problem of language’ where translating complete dialogues proved much more difficult. By 1932 when subtitles and dubbing had been improved, American films in France made up about 43% of the market.

European cinemas then suffered a second blow with funding being cut and facilities being destroyed during the Second World War, and combined with a saturation of American films, by 1945 Hollywood had a chokehold over the European film industry.

Festivals provide an answer and Cannes is born

The Cannes International Film Festival was actually born out of resentment of the Venice Film Festival, which had destroyed its reputation in 1938, when under pressure from Hitler and Mussolini, the jury members changed the award winners a few hours before announcing the official results in favour of a Nazi propaganda documentary. It was French diplomat and historian, Philippe Erlanger’s idea to organise a film festival on French soil that would be free from agendas and provide an opportunity to invite nations to participate in an international showcase where they could present a selection of their own finest films of that year. The event was meant to commence in 1939, but WWII delayed it until its official opening in 1946.

As opposed to treating film as an economic product for export and import, the festival offered a space where films could bypass the distribution process all together and be exhibited as expressions of national identity and culture. Instead of treating languages as an economic setback, the film festival could celebrate them for their richness and diversity. When Cocteau was nominated as the President of the Cannes Film Festival jury in 1953 and 1954 he described the festival as “an apolitical no man's land, a microcosm of what the world would be like if people could make direct contact with one another and speak the same language”. The programming of the festival was not ruled by economic concerns, rather it offered an opportunity for European filmmakers to escape the clutches of Hollywood within commercial movie houses and exhibit their films in a more egalitarian way, free from economic pressure. 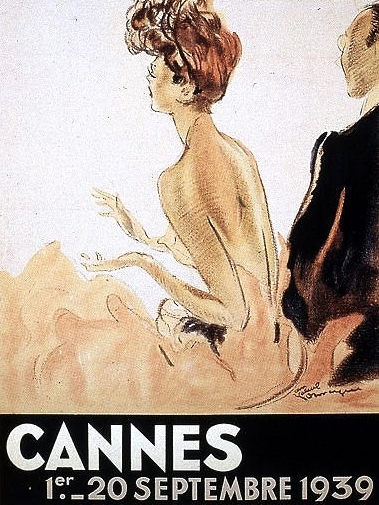 The poster of the first Cannes Film Festival in 1939

The silver lining to Hollywood’s hegemony 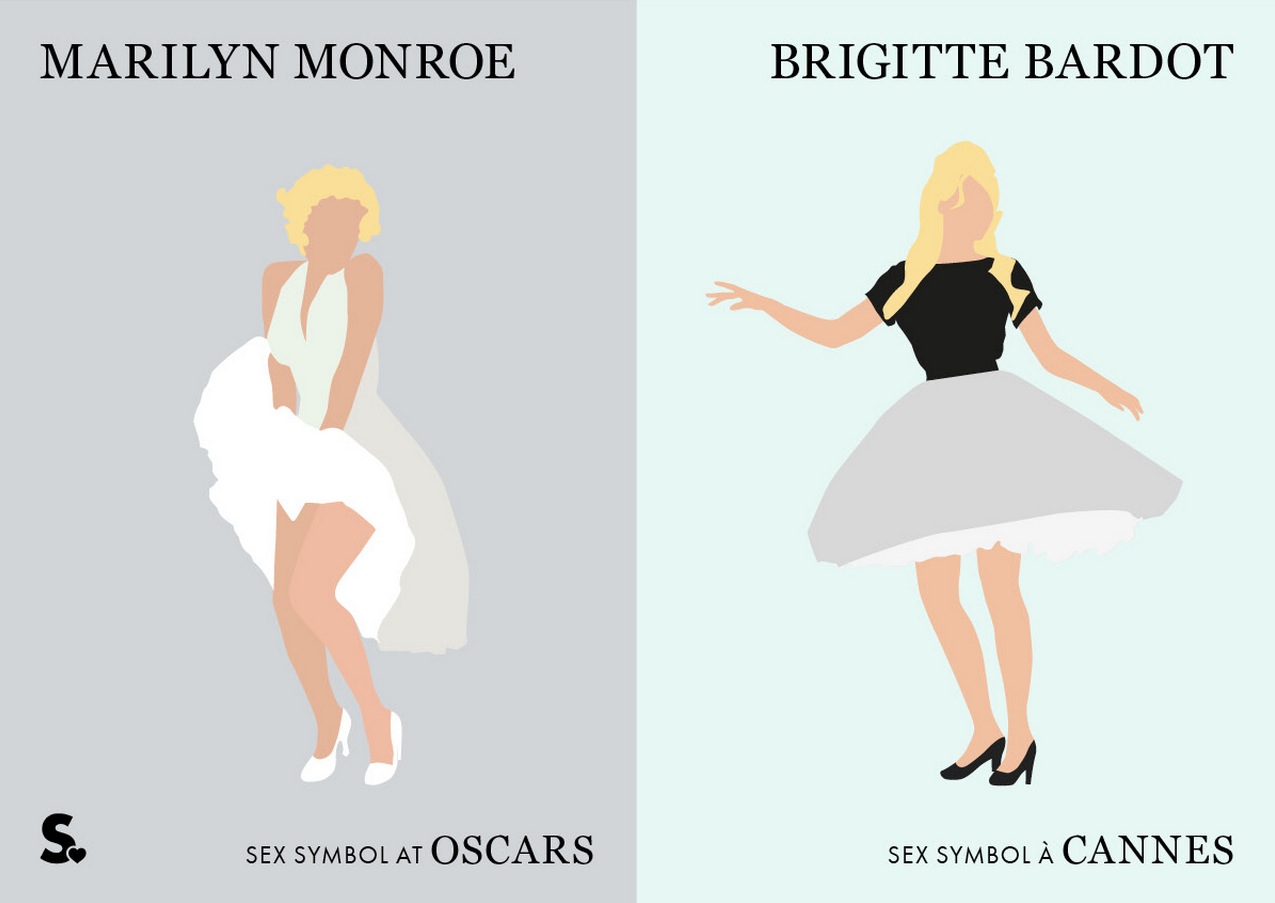 However many would be quick to say that the Cannes film festival has also become commercialised: debuting big splashy American films and parading Hollywood stars up the red carpeted staircase to the Palais in front of hundreds of paparazzi. However this is precisely how Cannes has managed to serve its purpose. By riding on the back of Hollywood culture and publicity it has become the most well known and prestigious film festival in the world. By generating press coverage through the glamorous stars and occasional scandals, the films and the festival itself achieve international recognition, adding to the notoriety and prestige that the festival needs to exist. Stars generate press, and press generate awareness, and auteurs as much as studio CEOs know the importance of this. As for the Hollywood films, since the inception of the ‘hors compétition’ (out of competition) category in the 1960s, Cannes has been able to debut many of the profitable blockbuster films from Star Wars to Indiana Jones in this section, while keeping the competition to more independent, auteur or unusual films. In this way the festival maintains its integrity, underpinned by values of national industry and representation, while generating buzz through the more mainstream popular fare. So it’s by virtue of the Hollywood presence within the Cannes Film Festival that it’s able to actively compete on its terms. The smaller independent, foreign language, serious, edgy, inventive or confrontational films that may never have been able to fund an international release get the media coverage to do the work for them. Just like Belle and the Beast, Cannes and Hollywood have a complicated relationship: that is, the delicate but powerless cinematic beauty must learn to love the dominating Hollywood beast if the story is to finish with a happy ending.