Artist Sylvain Couzinet-Jacques invites us into his world

This article has been published exclusively by the  Courrier Australien and the Alliance Française de Melbourne.


Is he a photographer, a filmmaker, a geographer, a sociologist, an activist? Open to the most varied influences, Sylvain Couzinet-Jacques steers away from  traditional frameworks to invent a different kind of conceptual and visual language. Having undertaken an artist residency in Australia for the past seven weeks, he will present his work in progress at the Alliance Française de Melbourne on September 20.

At just 35 years of age, doubly trained at the Beaux-Arts in Marseille and at the National School of Photography in Arles, Sylvain Couzinet-Jacques already has a long career behind him. “My feats of arms include spending a year in Casa de Velasquez in Madrid and winning the Hermès-Aperture prize.” This French-American award allowed him to undertake the ‘Eden’ project, named after a small town in North Carolina where he bought an abandoned house which became the canvas for his creation. “I bought it as a sculpture” he explains. He went on to ‘scan’ the entire house. The images of which would later become a book. “Theoretically, if you were to take out the thousand pages in the book, you could recreate the building” explains the artist. It was a way of exploring the value given to housing after the subprime mortgage scandal in the USA and the housing crisis that followed. This “unique book” [entitled ‘Eden’] is mainly sold in museum giftshops, but… you can also find it on Amazon.

His visit to Australia this year is thanks to Philippe Platel, the cultural attaché of the Embassy of France in Australia. “It was he who contacted me to propose this residence organised with the support of MUMA [Monash University Museum of Art]”. 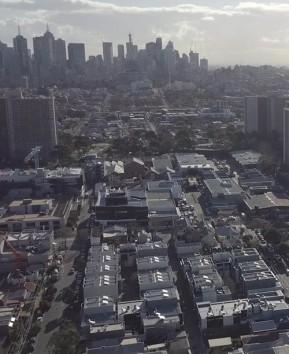 Mines and places of spirituality

The idea this time, was not to make a book, but to create a film that “explores the question of territory, with the weight that history brings to it”. Sylvain Couzinet-Jacques distinguishes two concepts of time that exist in Australia: that of the Indigenous people – where the past, present and future are all bound together, and that of the contemporary world, that is linear, capitalist, and consumerist. How does this duality appear visually in the environment? How does a culture that is 70,000 years old hold its place in a country that has developed the world-renowned science of ‘futurology’? When mines make up the landscape, what happens to places of spirituality? “Obviously, these questions touch on politics and on ecology” explains Sylvain Couzinet-Jacques who, for all that, does not want to “take shortcuts or offend anybody”. 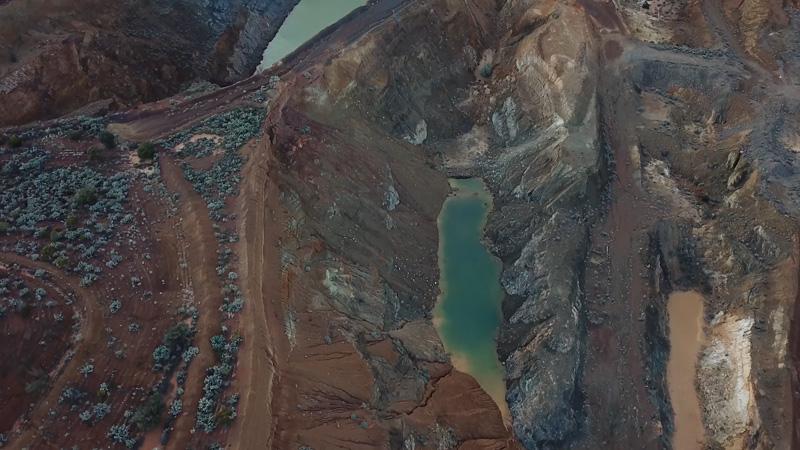 For his film, the artist met both with Indigenous people and futurologists; he also traversed the territory of Western Australia in particular, and captured images where he was authorised to, which was often difficult. At the Alliance Française de Melbourne, he will present this “raw” work that still requires days of editing. “It’s a film of images and sensations; it’s not critical, but it does make use of a voice over that reflects what I heard. In the end, it will be my point of view.” The film goes for roughly 10 minutes and is not intended to be shown in cinemas but rather in exhibitions and museums.

When asked to describe his influences, Sylvain Couzinet-Jacques has trouble making reference to particular artists. He does however speak willingly of the American photographer Lewis Baltz who has focused on “documenting landscapes”. Werner Herzog is also an inspiration, with the film Where the Green Ants Dream.  In terms of projects, he speaks about his wish to move to Athens in Greece. To once again explore the symbol of a city with its contemporary reality. “Art is a reflection of its time. In the past the focus was on exploring questions of aesthetics, today the focus is on putting meaning into work" . Refusing elitism, he is keen to create work that is accessible and educational. Most of all, he is open to criticism; the discussion he will lead on the 20th of September is bound to be captivating.

More information about Sylvain Couzinet-Jacques can be found here. 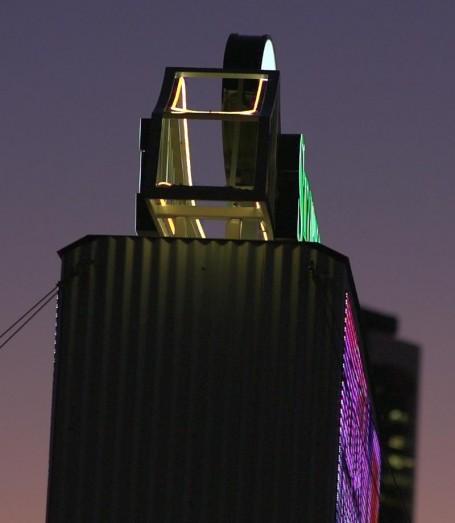