This article has been published exclusively by the   Courrier Australien  and the Alliance Française de Melbourne.

Victorian Opera’s 2018 season is this year showcasing two major French works performed in their original language: William Tell and Pelléas et Mélisande. The Australian conductor and composer, and current artistic director of Victorian Opera, Richard Mills tells us more about the performances that will commence on the highly symbolic date of the 14th of July, France’s national day.

This year, two operas in French are on the Melbourne program: who made this choice?
Me. So, all of this is my fault. William Tell is an important event, because it’s a work which hasn’t been performed in Australia in more than a century. As for Pelléas et Mélisande, it seemed like a good opportunity to present it with the musicians from the ANAM (Australian National Academy of Music), in celebration of the 100th anniversary of the death of Debussy. I’d like to point out that this work is the only opera of the French composer, and so it’s of special importance in his repertoire – a little bit like Fidelio for Beethoven.

In its entirety William Tell goes for 6 hours: are you going to perform the whole thing?
No, it would be much too long for our audience. One must remember that Rossini composed this work for it to be played at the Opera Garnier in the 19th century (in 1892)! At that time, ballet music was extremely popular. William Tell’s score therefore includes many dance pieces in it, which don’t necessarily add to the story. In my view, Rossini wrote an opera that offers an immense choice of possibilities for it to be reinterpreted. Which is what I have done. I have created a shorter contemporary version which moves the story along without overembellishment. I worked very hard on this, notably listening to recordings on the internet (laughs) since I have unfortunately never been able, to attend a live performance of this opera. Our William Tell will go for “only” about 3 hours. So in the end, a fairly standard length.

The fact that it is sung in French: does this make it complicated?
Not at all! France has a long tradition of opera with Rameau or Lully for example. William Tell is actually a French opera written by an Italian.

Tell us a bit about Pelléas et Mélisande…
It was in the work of Maeterlinck that Debussy found a story that inspired him and that allowed him to compose his only opera. It’s a really original work which is known for its particular musical language which is ethereal, mysterious and poetic. The tenor, Angus Wood has already played Pelléas a number of times, but Siobhan Stagg will be singing Mélisande for the first time. And she will be appearing in her home town, as she is originally from Melbourne! Our performance, accompanied by the ANAM orchestra will be a little shorter than William Tell.

Is there are strong tradition of opera in Melbourne?
Absolutely. We love opera and Australia has produced some very great voices. For these performances, we’re expecting large audiences and we know that many opera lovers will come from interstate specially to see them. That being said however, there is not really a specific “Australian” audience. For me, the people who are passionate about opera are the same no matter what country they live in.

The legendary tale of the sharp-shooting hero on a quest for freedom makes for grand opera: a struggle for liberty against oppression and the courage that victory demands. Rossini’s opera will be performed on the 14th, 17th and 19th of July 2018 at the Palais Theatre in St Kilda. More information here.

When Golaud finds Melisande in the woods, alone and with a mysterious past, he claims her as his wife. After she meets his brother Pelleas, however, a secret love simmers between them while Golaud’s suspicions deepen. A family slowly corrodes as their tragic fates inevitably take hold. Debussy’s opera will be performed on the 11th and 13th of October 2018 at the Palais Theatre in St Kilda.
More information here.

Victorian Opera is a partner of the Alliance Française de Melbourne having supported this year’s French Film Festival. In line with the performances of William Tell and Pelléas et Mélisande, Richard Mills will be hosting a fascinating conference on French language operas at the Alliance Française’s Eildon Mansion later this year. Details to follow, please check website soon for further details.

FAQs & info regarding our response to the current COVID-19 situation. 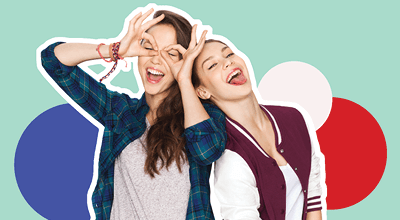